Part 2 of How to Angel Invest: Sourcing Deals

Last week we discussed angel investing in Part 1 called, Strategy: “How will I invest?”. Today, we’re going to lay the groundwork for setting up your own investment sourcing system. 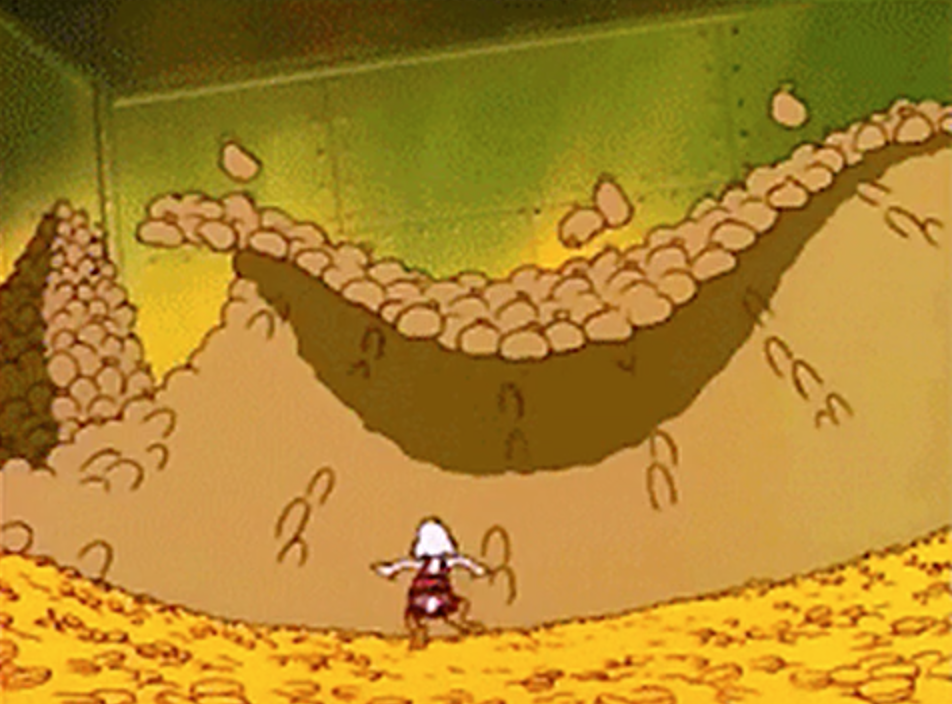 How to Angel Invest: Part 2 - Finding your next deal!

Hey friends! Did you catch the earnings release from Google, Apple, and Microsoft?

They crushed it…Microsoft, a company founded in 1974, had its most profitable quarter ever 🤯.

This remote-first world is pushing the market decades ahead. We’re living in wild times…

But here’s a lesser-known story that is equally explosive 🧨.

Did you hear about the startup that went from 2 employees to over 600 and a $5.65B valuation over the last 18 months?

Hopin, a UK-based online events platform, was founded in late 2019 and within the last 18 months raised over $570 million, grew from 2 employees to over 600, and from 0 in revenue to over $67M annual recurring revenue (ARR).

Startups are amazing. You put the right innovation, in the right place, at the right time, and crazy things can happen 🌊.

For angel investors, it can sometimes feel like playing the lottery, but when you win, you can win BIG.

Last week we discussed angel investing in Part 1 called, Strategy: “How will I invest?”, which you can read here. Today, we’re going to lay the groundwork for setting up your own investment sourcing system.

Parts 3 and 4 of this series will answer the questions, “How will I diligence deals?” and “Which deals will I invest in?”, respectively.

Let’s dive into Sourcing to answer the question, “How will I find deals?”

Humility is important in the startup investing world. It’s critical that you understand the limits of your knowledge so you can fill in the gaps and make more sound investment decisions.

When you first start investing in startups, you won’t have the reps under your belt to see the breakout opportunities - in short, you won’t be good.

There are a few great paths for new and experienced investors to get exposure to some amazing startup opportunities. The fun part? None of these paths existed a few short years ago.‍

Syndicates & Rolling Funds enable you to invest alongside well-established investors who typically get unparalleled access to the best investment opportunities (this is their magic! ✨).

You can invest in syndicates on a deal-by-deal basis, for as little as $1,000. The great thing about syndicates is the access and guidance you receive. Typically, a syndicate lead (the investor who controls the syndicate) has a successful investment track record (you’ll be meeting many of them via this newsletter) and will get allocation into a company that only a well-established investor could get access to.

There are many platforms that host syndicates including AngelList, SeedInvest, and Funders Club. Typically, a syndicate lead is a well-established and successful angel investor. They benefit from creating a syndicate for a few reasons.

If the syndicate lead invested $20,000 of their own money and Syndicate backers invested an additional $500,000 and the company exited for ten times the current value, that syndicate lead would receive:

The process is very simple.

Minutes before writing this post, I invested in a company alongside one of the best funds in Silicon Valley led by a relatively new investor whose writing and perspective I’ve admired for some time now (check him out - Packy McCormick)...all via my laptop 💻.

Steps to invest in a Syndicate:

Within a few clicks, you’re well on your way to investing in your first startup 🥳.

Investing in startups is a fantastic way to learn.

Sure, you’re hoping that the company will exit and you’ll be rewarded for the risk you’ve taken as an early investor, but what’s equally important, you’re now a member of an investor network. You can review hundreds of pitch decks, speak with peer investors in your syndicate, and generally just soak it all in!‍

Rolling Funds are also hosted via the AngelList platform. The short explanation of the differences here is that Syndicates allow accredited investors to pool money through a special purpose vehicle (SPV) and invest it in a single company (deal-by-deal), while rolling funds enable the fund manager or lead investor to launch multiple funds back-to-back. Rolling funds typically require higher capital outlays (Typically $5,000 to $25,000 per quarter), but you benefit from a broader portfolio of bets.

There’s a lot more that we could discuss here (like how to choose a syndicate or rolling fund lead), but we’ll share more about that in our next chapter evaluating companies. ‍

Crowdfunding (Direct-Investing) is another option for deal flow.

Direct investing via crowdfunding portals may require more leg-work because you don’t have a syndicate lead surfacing the deals for you, but you’ll capture more of the upside if things go well because there are no carry charges (Remember there’s 20% charged by Syndicate leads) via Crowdfunding platforms.

Similar to Syndicates, you can start investing with very little money, as little as $100 depending on the platform.

You can find crowdfunding deals in a couple of ways:‍

Some really interesting companies have chosen to leverage crowdfunding to raise funding. We’ll meet many of them via this newsletter!

Let’s chat about the hyper-growth of San Francisco-based Mercury, a modern bank for startups.

Mercury is live on the WeFunder platform having raised $120M at a $1.62B valuation led by some of the country’s top investors including Coatue, Andreesen Horowitz, CRV, and Sapphire.

The crazy part. They’re opening up $5M in allocation to the crowd!

People can now invest in one of the country’s top startups, alongside some of the best investors in the world, from the comfort of their sofa 🛋️!

I’ve learned so much about business and innovation through platforms like AngelList. They are the internet home to some of the country’s top innovators, entrepreneurs, and investors. So, join, take a visit, and stay awhile...there’s a lot to learn.

See you next week where we’ll be discussing part 3 in our series - how to diligence deals! ✌️