Invest in Companies with Moats

How a glassblower made $2.1 billion dollars? I’ll bet my life you’ve never heard of the book “Art of Fire - Beginning Glassblowing”. It sells for $115 on Amazon…It’s about glassblowing 💨🍺(obviously) and has received 7 reviews since 2006. Despite its lackluster sales, the author is now worth $2.1 billion dollars💰and this book helped get him there. 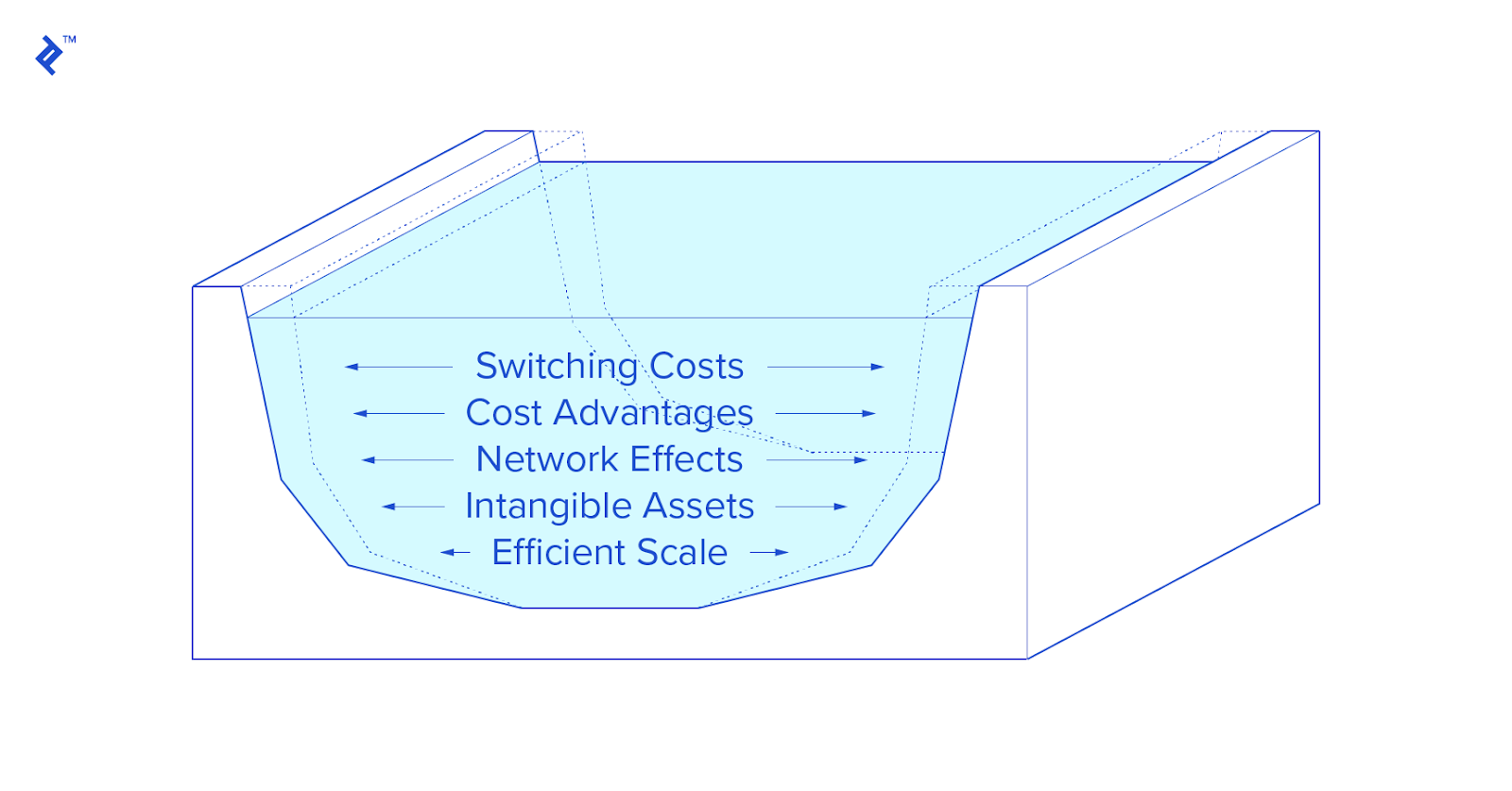 It’s about glassblowing 💨🍺(obviously) and has received 7 reviews since 2006.

Despite its lackluster sales, the author is now worth $2.1 billion dollars 💰and this book helped get him there.

The customer pulled out his credit card to make the purchase, but there was a huge problem…

Frustrated by this issue, Jim reached out to a friend to develop a piece of technology that would allow him to accept credit cards straight from his mobile phone.

That “friend” was Jack Dorsey, founder of Twitter, and the company they built was Square (Market Capitalization: $50B).

‍
This is a story of how a founder came up with a snazzy idea to solve his own problem, developed a unique growth strategy to scale it to the moon 🚀, and then created a powerful moat to prevent competitors from taking all its customers.

You see, building startups is about offense AND defense.

Once competitors see a startup succeeding, they begin to copy them. For this reason, every startup needs a defensive strategy…a reason why its customer will stay with them over choosing a competitor.

Today, we’ll discuss a framework that every startup investor needs to commit to memory. Two systems, that when combined seamlessly, created billion-dollar outcomes.

The power of network effects 💪: How Square achieved massive growth by converging its consumer and merchant networks.

Jim McKelvey has a net worth of $2.1B. He had a passion for glassblowing, and in a roundabout way, turned that passion into Square, a thriving $50B payments business. Square has an interesting path and it wasn’t always easy:

So what was the secret to Square’s growth? Square’s unequivocal business model - simple, low-cost pricing.

Square made itself indispensable. It operated as a single integrated system incorporating software, hardware, and payment processing. Extra services, like invoicing and payroll, catapulted merchant growth and streamlined merchant operations.

Much of Cash App’s growth is attributed to similar growth strategies of the merchant product. In other words, it was free, easy to use, and offered relevant services.

Once again, Square had successfully tapped into a new market - the underbanked. Essentially, Cash App served as a proxy bank account with the core capabilities of a bank account, less the cost and hassle of opening one.

The network effect is at play with Square.

What’s Next for Square?

Square plans to incorporate Cash App into Afterpay’s network - quite a game-changer.

Customers who want to BNPL will increasingly use Cash App not only to BNPL, but also for other purchases.

The synergies of Square’s two networks - the consumer network and merchant network - have merged. This is truly great news for Square.

As Square’s story unfolds, it exemplifies the convergence of individuals and companies.

‍“the magic we’ve seen in our business is because we've blurred the line between those two dimensions. The more we resist the labels of B2C and B2B, the more optionality we have to build something that is used in unexpected ways.”

The key insight from Square’s story is the optimal combination of both utility and network.

Startups are meant to be sustained over the long run. Strong companies create network effects to build defensibility and maintain a long-term competitive advantage.

There are 2 ways to help you evaluate the sustainability of a startup:

Why is defensibility important?

How is defensibility achieved?

Here are other, less powerful metrics that help assess a startup’s defensibility:

Moats play a central role in evaluating companies. If you don’t believe me, believe one of the best investors of all time - Warren Buffet. He routinely looks out for “economic castles protected by unbreachable moats.”

The most valuable startups have widening moats.

The next time you’re evaluating a startup investment opportunity, remember that immense returns to investors — like 100X or 300x returns — arise from companies with long-term defensibility and continually growing moats.