How to Invest in Private Companies

With companies staying private longer, it's essential for the retail investor to be able to navigate the private company investing landscape comprised of equity crowdfunding, syndicates, and rolling funds. 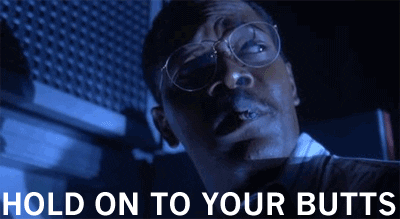 In 2017, SoftBank announced the largest venture capital fund of all time...the $100B Vision Fund. Their mission was to exclusively lead “mega rounds” - a term applied to any financing above $100M.

In 2018, I was working in Venture and received an email from an executive at the food delivery startup DoorDash, who had just raised a monster $535M from the kingmaker themselves - Softbank. They asked me to introduce them to an executive I knew at WeWork,  who had also recently received over $4B from Softbank.

Specifically, “How do I prepare my company to be able to handle unprecedented levels of growth.”

This day opened my eyes to a tech investing trend that would come to shape the decade - With access to money, companies are staying private longer.

This is an important trend to recognize.

If companies can raise enormous sums of capital without having to go down the IPO path, much of their value creation, and subsequent investor returns, are generated for “insiders” before they are available to the general public.

Do you see it?

Unless you are very well connected, you probably don’t have access to today's leading tech companies (e.g Stripe, SpaceX, Instacart) or venture-capital funds (e.g Andreessen Horowitz and Sequoia Capital) that are winning at this game.

Needless to say, the private investment landscape operates in an opaque world that is largely inhabited by wealthy investors with direct links to capital allocators that have access to lucrative investment opportunities.

With easing regulations and further enablement of private investors, there are an increasing number of vehicles in which private investors can get access to the early and growth stage tech market.

Let’s explore some of my favorite investment options available in the private market suitable for various classes of investors:

Rolling funds are unique because they can continually accept new investors, enabling managers to get started with relatively little capital and requiring far less in commitments.

As someone who believes that startups make the world a better place, I am  incredibly excited by this shift. The huge increase in the number of fund managers will lead to a far greater number of exciting companies that are able to raise capital.

For investors like you and I, it gives us more exposure to early stage technology companies without the enormous capital outlay required by traditional venture capital funds.