I’ve spent $18,027.38 on Amazon since 2017. Frankly, this is far less than I thought considering I could build a house with all the empty Amazon boxes I’ve collected. They’re known as “the everything store” - with over 45% of ecom purchases happening through Amazon. So how do startups take on a giant like Amazon? 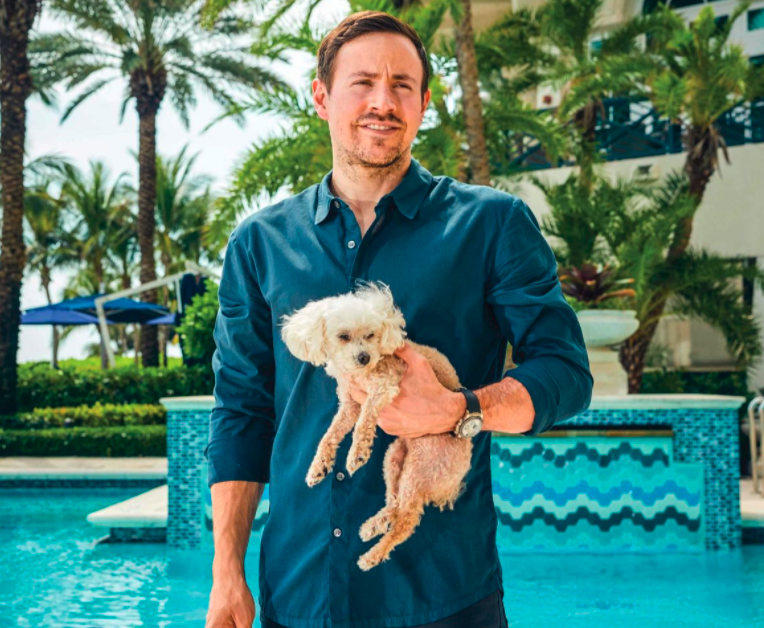 Frankly, this is far less than I thought considering I could build a house with all the empty Amazon boxes I’ve collected.

They’re known as “the everything store” - with over 45% of ecom purchases happening through Amazon.

So how do startups take on a giant like Amazon?

There are only a few instances in which I don’t buy from Amazon:

When taking on a giant, you have to pick your spots and do so with extreme operating precision.

Today, we’re going to explore capital efficiency. The ability for a startup to take on giants and build a business system that can turn $1 into $100 or even $1,000, and how you can measure it.

Despite the massive sales success, Ryan, now the former CEO, refers to the closing of the first round of funding and what came after as “the most memorable” phase in the company's history.

Because during the fundraising process, Ryan reached out to hundreds of investors and everyone single one of them said “no”. It was exhausting…

The biggest rationale? “Because nobody can beat Amazon”.

So how did they do it?

There’s only one way to take on Amazon: occupy a large niche AND create a differentiated customer experience.

Amazon has incredible infrastructure, established relationships with customers and suppliers, and endless capital. But Chewy wasn’t the first company to take them on – Ryan saw other companies, including Zappos (later acquired by Amazon for $1.2B) and Wayfair (market cap. $14.9B), find success in specific product categories with MASSIVE market sizes like footwear and furniture.

Chewy’s dedication to customers was unprecedented at the time. Here are a few exapples:

But the Chewy team didn’t stop there, which leads us to part 2…

First, Chewy invested diligently into marketing, enabling them to acquire the right customers at the right price.

The company invested almost exclusively in direct response ads, meaning every advertising dollar could be tracked – they weren’t going to fall into the trap of spending millions of dollars on a Super Bowl commercial with no way of tracking whether it was driving value. The company had a laser focus on free cash flow. Sales more than doubled from $205M in 2014 to $423M in 2015.

It was already growing at 300% annual rate, had $15M cash in the bank account and a massive market to tackle. E-commerce as a business category largely relies on scale and to win in the unit-economics game, Chewy needed to improve its in-house warehousing and fulfillment processes.

In the summer of 2014, Chewy opened up a 400,000-square-foot logistics facility in Mechanicsburg, Pennsylvania and hired top-notch pet-loving talent (some also former Amazon employees).

All these efforts were to increase the capital efficiency making other investors more comfortable and confident to pour money into the company. In 2014 alone, Chewy raised two rounds of funding worth $30M and $41M, respectively.

So, what is Capital Efficiency and why did investors care about it before investing?

Put simply, capital efficiency is the ratio of the company revenue and the expenses to generate earnings over the course of set time. It’s also called Return on Capital Employed (ROCE). In other words, the ratio shows how well the company utilizes its capital to operate and grow:

As an investor, you need to know this number (and of course the higher it is the better) to evaluate how well the team will manage your money to generate the highest possible income for the company and, ultimately, for yourself.

While it is solely based on historic data and has no projective nature, capital efficiency can help an investor evaluate the startups based on the founders’ ability to make quality decisions.

But don’t get confused here. Raising big rounds doesn’t mean more efficiently deployed capital. This is where the Venture Capital Efficiency Ratio (VCER) comes in to define the highest amount of equity return generated by the capital invested:

With this being said, the biggest takeaway you should have as an investor is to avoid investing in companies that don’t need the capital but raise it just because they can.

Go for those that bootstrap as long as it is possible before raising a fund to accelerate growth.

Go for those that don’t rush into the next round until they burn all the cash responsibly.

These companies minimize delusion while maximizing equity value and these are the teams that will take your money and give it back to you 10x.

I’ll see you next week!✌️