How to Build a "Unicorn Factory"

Today we're going to explore the Y Combinator playbook and how you can leverage it to make investments in the next unicorns! 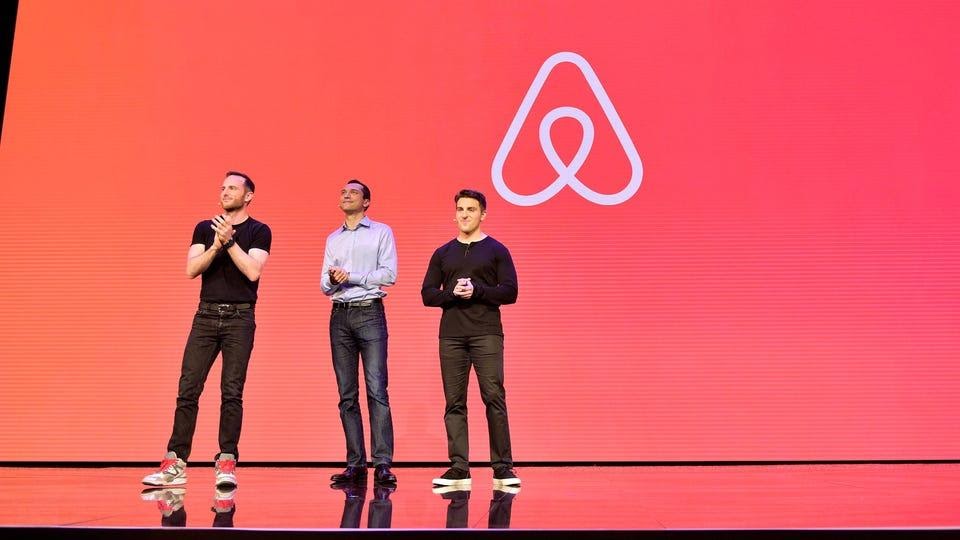 I flew to Hawaii 🌴, rented a stranger’s apartment (an epic little studio), and Airbnb took ~15% of the transaction.

There were over 193 million Airbnb bookings in 2020 (a slow year because of COVID), so it’s safe to say the world is comfortable staying in strangers' apartments.

But it wasn’t always this way...

Some of the best investors in the world met with Airbnb and passed on investing because it was “way too risky.”

Considering the company is now worth almost $100B, it’s safe to say the risk paid off.

This investment firm is called Y Combinator (YC) - they’ve been nicknamed the “unicorn factory” because they have made more seed investments into billion dollar companies than anyone else in the world.

I wanted to know why they said “yes” when everyone else said “no”!

Today, we’re going to explore how they did it, the strategies they used, and how you can use them too.

The story of the “unicorn factory”:

In 2008, roommates Brian Chesky, Joe Gebbia and Nathan Blecharczyk, came up with the idea of putting an air mattress in their living room and renting it out to make extra 💰. They didn’t know how to turn their idea into a business, so the team began to look for help.

Finally, they met YC and were offered a spot in the 2009 winter cohort, which is essentially a startup boot camp where companies receive a small amount of capital and mentorship in exchange for a percentage of the company.

No one at YC liked their idea. But the founders had drive and work ethic - they “couldn’t be killed” as Paul Graham, founder at YC, later said.

The 13 week program in Mountain View, CA helps founders turn their startup idea into a business by providing the company with structure, access to market experts, and valuable investor connections.

The YC program was the last stand for Airbnb. They needed to reach “ramen profitability” or they’d have to give up.

Luckily, they never gave up.

Flash forward to December 2020 when Airbnb went public, raising $3.5B and topping YC’s list of public companies (including names like DoorDash, Coinbase, GitLab, DropBox, and others).

Currently, Y Combinator has the highest count of seed investments in unicorns, earning itself the “unicorn factory” title.

Here’s a brief overview of YC’s timeline and track to becoming the accelerator minting unicorns at a remarkable pace:

Today, all startups accepted in the YC program receive a total of $500k seed money as well as mentorship and exposure to a massive network.

At the end of the program, startups pitch on the Demo Day, which is one of the biggest startup events of the year, exposing the trainees to an even bigger investor pool.

YC has invested in many successful companies at their earliest stages. As angel investors, we are trying to do the same.

So how do they do it?

17 years since its founding, YC is no longer a bootcamp for internet entrepreneurs, but is now a major industry player influencing investment trends and behaviors. Paul Graham and his team pioneered a number of strategies contributing to YC’s success.

As an investor, here is what you need to know:

Airbnb and its imperfect business model is Graham’s favorite example to explain this:

At demo day, the startups are given one minute to pitch their product. Those 60 seconds should be enough for the founders to make a strong first impression and for experienced investors to identify the real potential of the founders. After all it is the people behind the company that are trusted with the money.

Btw, I’d suggest you mark your calendar and keep an eye on startups pitching on YC Demo Days. Here’s the link to the next one coming in March 2022.

You can start by attending the event, picking your favorite startups and following their growth with (or without) making any cash commitments. This kind of “home exercise” will help you develop the investor's “gut feeling” and confidence before writing checks.

An average VC or professional investor takes around 3 years to invest in roughly 40 startups, whereas YC has built the infrastructure to invest in 400+ startups in a single year (10 times the exposure!).

Also known as YC’s “shotgun” method, this allows YC to diversify its bets at an accelerating rate. And even then, YC has a lower acceptance rate than all the Ivy League schools (~1.5%) and its investment portfolio exceeds 3,000 companies. In a way, getting chosen by YCombinator has become something of a tech seal of approval.

The rise in the number of investments is not unique to YC. Global investment in young companies has never been higher—an estimated $580B in 2021.

Back in 2019, Eric Feng dug into YC investment data and concluded that it was very much a microcosm of overall VC investing behavior.

This trend is around today as well - while “simply looking for the best startups to invest in” YC also serves as an easy indicator for individual investors to identify booming sectors and trends.

Use this data to identify growing markets for your next deals and use YC to hone your skills for selecting winners.

We can learn a lot from YC. Here are a few standouts: