How did Jeff Bezos buy a $500M yacht? He used the Market-First framework. 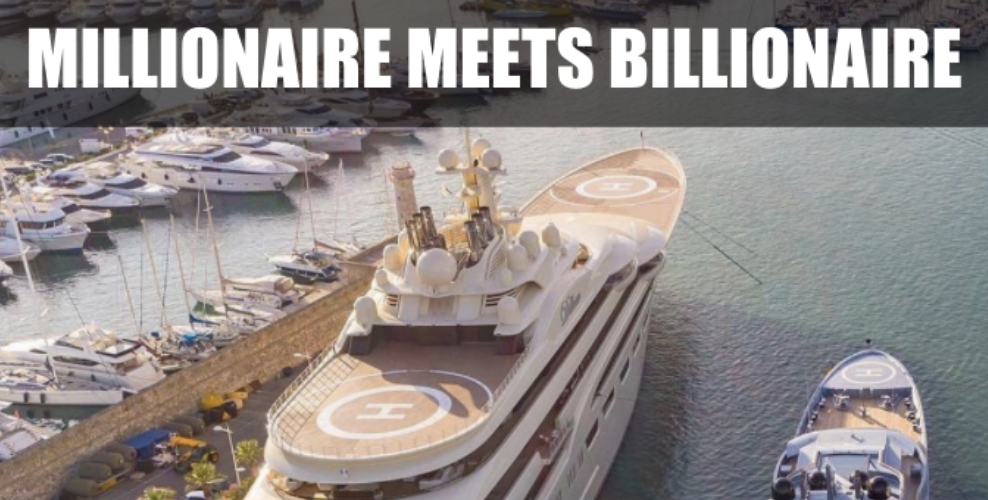 Hi Guys - Did you know that Amazon founder Jeff Bezos has a $500M superyacht? Who doesn’t love an eccentric billionaire superyacht 🛥️?

Jeff Bezos built a company so large that he can spend $500M with virtually the same financial impact as a millionaire buying a cheap set of golf clubs 🏌️.

Today, we’re going to dissect how to use the market-first framework to identify billion-dollar market opportunities (like Amazon!)

Even the best startups can quickly hit a ceiling if they choose the wrong market.

We collectively invest $8M and after dilution own about 12% of the company when it gets acquired. Let’s pretend the company exits for a reasonable revenue multiple of 7X. In this scenario, the company was acquired for 7 times $100M in revenue (10% of $1B market), or a total exit valuation of $700M. Early-stage investors end up with $84M for 12% of the $700M, which is a great 10X return.

Let’s say the company Jeff Bezos Jr. builds ends up with 10% of a $100M dollar market. As with the first scenario, investors put in a total of $8M in early rounds and end up holding about 12% of the company.

It’s a simple scenario but drives the point home.

Because most startups will not succeed, you need the big wins to make up for your losses. To achieve a truly outsized return, the company needs to be built in a large or high-growth market.

Before investing in any company, be sure to calculate the Total Addressable Market (TAM).

TAM refers to the total market demand for the product or service the company is selling. It’s one of the most critical elements to look at because, even though it’s often a ballpark number, it willl give you a realistic forecast of how much potential revenue the company can generate.

There are a few ways to calculate TAM; the simplest of which is the bottom-up approach, which is based on concrete customer volume and pricing. Here’s how to do a calculation:

1. Determine average contract value (ACV), or the average price a customer is willing to pay for your product.

2. Then multiply ACV by the total number of customers.

TAM is very important, but don’t be tricked. High-growth markets can start very small, almost hobbyist, but quickly become the next biggest trend.

The end goal of a startup is to achieve a controlling market-share. There are a few ways to obtain it. Let’s discuss them below:

Some of the best investments of the last 15 years fall into this category of company. Think WhatsApp with the mobile revolution, Amazon with eCommerce, and Coinbase with crypto. Investing in a high-growth company in a high-growth market can lead to compounding returns.

Chad remembers being in the audience for the team’s demo. The concept, a completely innovative idea at the time, blew him away. Robinhood planned to capitalize on the market by making stock trading free AND entertaining via a powerful user interface. The result of this product innovation expanded the market significantly and brought in millions of new customers that previously didn’t trade stocks.

Anticipating this TAM expansion, Susa Ventures invested $250,000 into Robinhood. Chad was nervous (it was his first investment), but it was clear that this company was about to reinvent the market and skyrocket.

Chad was right. Today, Susa’s stake in the company is now valued at $400M.

Stock trading was already enormous, but Robinhood was delivering an innovative way for people to invest easily and without commission on a user-friendly interface - something that had been lacking in the market up to that point.

The company was founded in 1994 and launched in one very specific category...books 📚! The book category was perfectly served by Amazon’s infrastructure and they quickly came to dominate the online bookselling arena. With millions of customers already at their doorstep, it made perfect sense to begin selling other products to them and thus began Amazon’s path to becoming the “everything store” as we know it today.

Books were just the company’s beachhead for selling everything online.

So, that about sums it up!

If you’re looking to invest, make sure you take the time to understand the market that the company is competing in. Really dig in and understand market segmentation and positioning. With practice, you’ll be able to quickly recognize a company’s potential, by the market it serves.

See you next time ✌️